OOH is a multi-billion dollar industry for one obvious reason - it works. However, you need to have a good creative... | LURITY Skip to main content 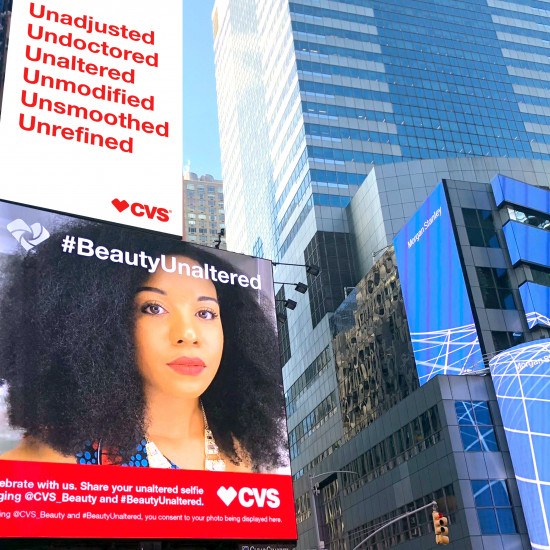 OOH is a multi-billion dollar industry for one obvious reason - it works. However, you need to have a good creative...

Surveys say that companies earn an average of $5.97 for every $1 they invest in OOH advertising. That's almost 6 times the return on investment.

With numbers like these, your company might want to start using this almost classic and popular marketing medium. If so, it may be helpful to look at how other companies are effectively using OOH ads before you start designing your own. And the principle of getting creative while doing so can be surprisingly simple.

At the outset, however, the main functional factor of OOH needs to be highlighted: companies often use it because it allows them to reach their target audience at a unique moment in their day. Usually, our minds are most occupied when we are at home or at work. Therefore, it can be challenging to communicate an ad that resonates with us the moment we're glued to the computer.

Digital advertising (DOOH) is a subtype of OOH advertising and its main advantages are that it allows:

These great DOOH attributes will help brands create campaigns that are more attractive and engaging to their target audiences than those running on non-digital formats.

In addition, DOOH campaigns are easy to plan, deploy and manage - in an online application.

Of course, the numbers prove that conventional OOH ads are still effective - you just don't have as many options with them as you do with their "digital children".

Here are some super simple and super creative OOH campaigns using OOH and DOOH, where just the simplicity of the idea, good campaign execution, the right location and a bit of humour will do the trick.

This ad is a great example of how to create digital buzz (aka social media engagement) with a literally personal campaign. By personalizing the campaign, the CVS brand achieved an immediate increase in brand awareness, as well as instantly spreading the campaign on social media through its hashtag #BeautyUnaltered.

This is one nice example of how you can get more out of OOH advertising - motivating customers to interact with your brand digitally.

Twitter ran an OOH ad campaign that had a similar effect to the CVS campaign, displaying selected tweets from users during the height of the pandemic.

This is a great idea because Twitter posts are something that a lot of people are familiar with and identify with, but often you don't see them unless you're viewing them on your phone or computer. Sharing a Twitter post on a billboard was an instant way for a company to grab their audience's attention and make a connection.

In addition, users whose tweets appeared in this campaign almost always reported it on their Twitter accounts. These tweets received a number of likes, retweets and comments. So, like CVS, Twitter benefited from almost free social media advertising due to the power of its OOH campaign.

HUN Wine used its OOH advertising to make light of a difficult situation. The company was preparing to launch its wine-in-a-can product just as the pandemic was shutting down, so it was unable to hold a planned product launch event.

How did they solve it? They placed two OOH boards on the sides of the entrance where the event was to take place.

The visuals promoted wine in a can while joking about cancelling the event. The creative idea was also posted on the company's instagram, where it gained a lot of followers and made PR for the new product. It's another unconventional example of how OOH advertising offers the opportunity to use humour and creativity to make the best out of even objectively bad situations.

McDonald's is one of the most famous brands in the world. This allows it to be a little more daring in its ads, so it can set a creative example for other brands.

The digital OOH includes a close-up of the Big Mac and with the first "bite mark" on display to make them look like bite marks.

That's all. McDonald's doesn't include a logo, headline or anything else in this ad. It relies on its brand recognition to create a connection with its audience while sharing an interesting image with the public.

This example shows that even with the OOH format you can do something unexpected and attractive. By creating an ad that doesn't look like other ads, you can increase the likelihood that people will stop and look at it. However, it's important to remember that if your brand isn't as recognizable as McDonald's, you'll need to place basic brand elements.

Bumble is another company that took advantage of the pandemic period to create a simple, functional and ultimately very good series of OOH ads. This dating app made a simple text the main point of the ad series, "We might as well add falling in love to the list of crazy things that happened in 2020."

It's a great example of the right way to connect a campaign and a current event in a way that ultimately helps the message resonate even more with the target audience.

Another quite simple basic principle is the use of brand colours, in this case yellow. This is the brand colour of Bumble and gives a cue for instant recognition in anyone who has ever used the app. It shows how sometimes simply using the right colour can help your audience quickly connect with your brand.

The Guardian ran an OOH ad campaign that shows how important key images are to help the message and format of OOH stand out. The company used an abstract image in the campaign with the tagline "The world is absurd". The left side of the image looks more like a piece of art than an advertisement. However, the right side shows a recent cover of The Guardian along with the company's name and a call to action. This is how you can use the basic psychological principle of the medium with an OOH ad, exactly as marketing dictates: make the left-hand side visually arresting and then shift the audience's attention to the other side of the ad with the message.

Google ran an OOH advertising campaign in the UK called 'Make the most of summer', where they displayed common Google search trends related to summer in the area and the results of those searches, such as hours of operation and directions.

The idea behind this campaign was to associate the Google brand with something that people in the field were already passionate about, in this case summer. By positioning Google as a source of information about flight, the tech company made a natural, positive connection with its audience.

Lurity makes it easy to create and manage OOH campaigns

If you're ready to start using digital communication more, try planning your advertising with us. Our advertising and scheduling system makes it very easy to plan and manage advertising on digital surfaces in shopping malls, on large LED screens, or in medical facilities and outpatient clinics.

Thanks to our service, you can manage your DOOH campaign from your computer, have an overview of your campaign under your control whenever you want, or even operatively change the visual or video of your campaign up to 10 times during the campaign.

a network of hundreds of digital outdoor screens in both countries. Better than billboards: Lurity, digital out-of-home.

in the TOP 50 shopping centers

our screens are located in the most frequented places in shopping centers throughout the Czech Republic, Slovakia and BIH, in addition to 120 screens in medical facilities.

featuring a simple interface which is easy-to-use and fast Lurity software, allowing you to deploy campaigns within 10 minutes

our DOOH is a strong trigger for the customer's purchasing decision* (OAAA’s Nielsen research, 8/20)